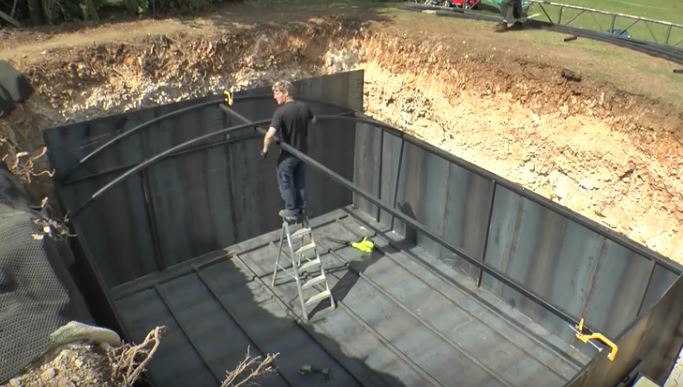 We all want to do it but few of us really have the know-how or ambition to build our own survival bunker. We might build a shack out in the wilderness somewhere, maybe even go underground, but the thought and craftiness Colin Furse utilizes may put some of us to shame!

Apparently, a lot of it has to do with attitude. If you listen to him he may not seem the most serious prepper you’ve ever met but it is his actions that really display his sincerity!

The man is a welding genius and a gifted engineer. He and the project has a few problems – like rain – but that is not a deterrent! He’s appropriately proud of the work he has completed and, as he says, the structure with its sneaky tunnel leading to the beautiful arched roof in the main room has all the ingredients to make for an excellent safe house… and super villain lair!

Did we say he is a character? He is and you can take a look at his work over on the next page!