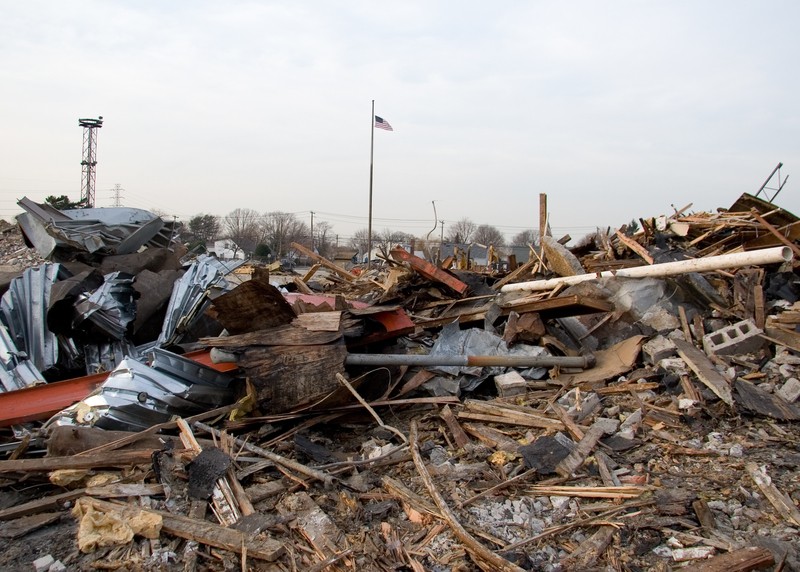 Is the danger a lack of food, water or even the inability of making a fire? No, not at all. It is simply the accumulation of trash.

Garbage will become a huge public health issue. The growing waste problem will likely spread infectious diseases throughout the community. This one problem has the potential to kill more people than any other part of the crisis.

If you live in a city, there may not be a lot that you can do. Even during short-term disasters like Hurricane Katrina, garbage became a huge problem for people living in the city of New Orleans. The Louisiana Department of Environmental Quality estimated that hurricane resulted in 22 million tons of garbage.

If you live in a rural area, you might be in better shape:

Burning your garbage: Although it’s not the healthiest solution in the world, for thousands of years it was about the only solution that people had to remove waste from their homes. To this day, a number of people in rural areas of the United States still use it as their primary source of waste removal.

Burying your Trash: Another option that you may need to consider during a long-term disaster situation is burying your trash. Burying your waste can help prevent the spread of disease, and can keep rodents and predatory animals away from your home.

Creative uses for your garbage: Like it or not, stuff that you normally would have thrown away during the good times will now have to be recycled, and I’m not talking about placing it in the big green bin. You will have to find creative uses for everything that you have, including things that might seem like garbage.

You can read more over on Off Grid Survival but the true crux of the matter is the diseases that can be caused by waste, rats and other disgusting creatures making their way into the areas where garbage has mounted up the most! If for no other reason, it may be a good idea to get out of the city into a bug-out shelter for this reason alone!

Granted, in the short term, it may not be so bad. Eventually, if all goes well, a system of trash containment may appear. But we don’t call it a chaos situation for no reason. Remember Katrina and keep alert!