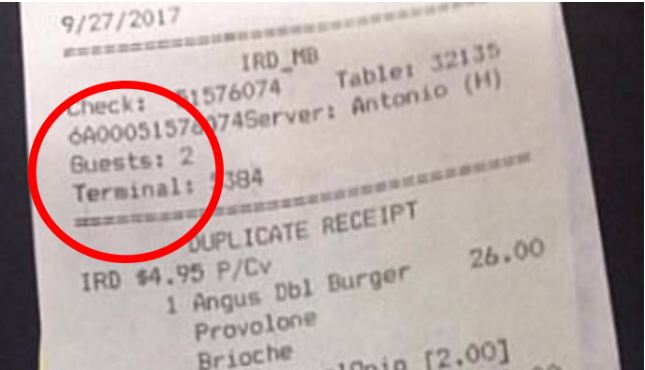 Recently a bill was unearthed suggesting that Stephen Paddock, the Las Vegas shooter who killed 59 people and injured more than 500 had another hotel guest with him in the room. The police do not know who it may be, but looking at the evidence it's certainly disconcerting, to say the least.

If you've read our article 5 Things About the Vegas Shooting That Made Zero Sense then you may agree or disagree that several things seem amiss about the shooting. We know there's still an investigation going on, but if there was another accomplice we hope the FBI uncovers the truth. Who would want another shooter like that running loose and potentially plotting up future plans to hurt more people at public events?!

A bill has been unearthed suggesting Las Vegas shooter Stephen Paddock had someone else in the hotel room with him. The Mandalay Bay receipt shows that two guests ordered an assortment of food including a burger, soup, a bagel and two sodas.

The bill was posted on Facebook by Tony Hernandez Armenta. It’s dated Wednesday September 27 — before police said Paddock checked in to the hotel. Just days later, the 64-year-old launched a massacre from the hotel windows, killing 59 and injuring more than 520. Police know how the incident unfolded, but little is known about what drove him to do it. 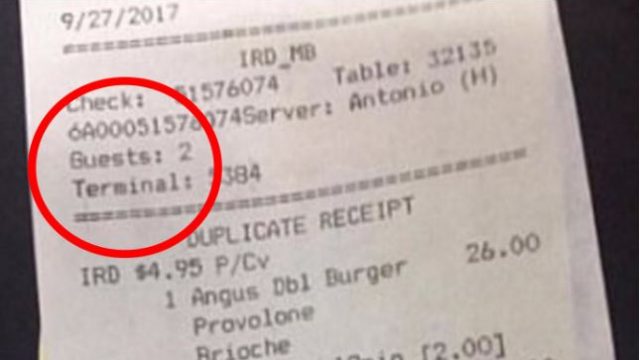 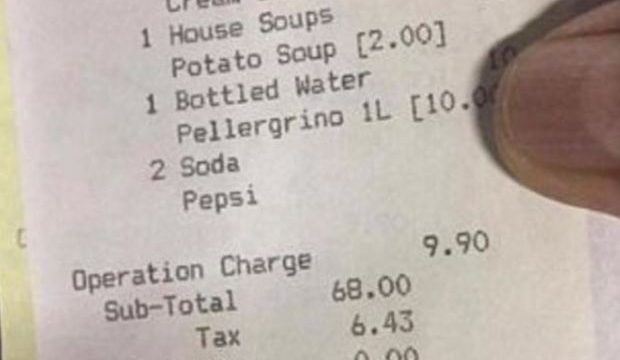 The evidence seems rather telling and the fact that the shooter had so many guns but only he was at the crime scene raises suspicion. How did one man get so many guns into his hotel room? And, if he had help, how did the other man escape without being detected?

We know that his girlfriend was there in Las Vegas but quickly vanished on the day of the shooting, so we have to wonder if she had anything to do with it. Many sources claim that she's sweet and would have stopped him from doing this heinous crime, but from what we have learned of the shooter, many were saying the same of him (that they had no idea that he was capable of something like this).

To learn more about the receipt and mounting suspicious evidence concerning the shooter had potential help during the Las Vegas shooting, check out Metro.co.uk.