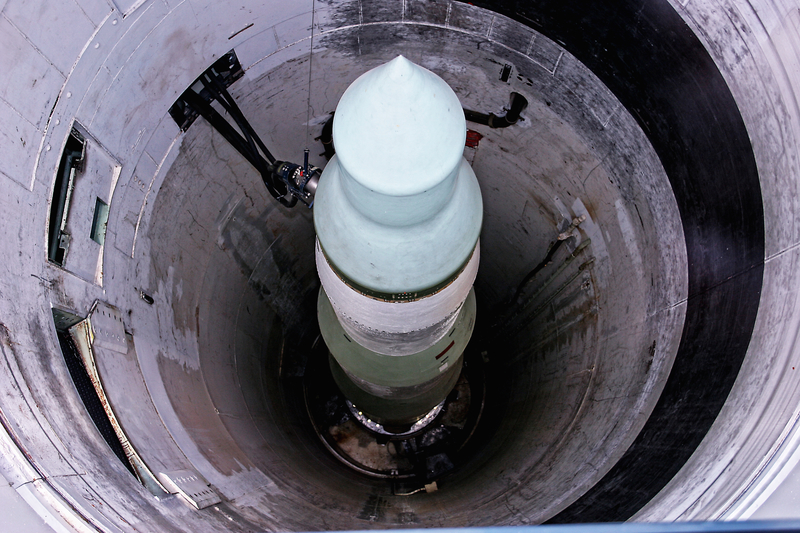 It's normal to be fearful of the future, especially knowing there's an unpredictable and dangerous ruler in North Korea. Many Americans have begun to plan for the worst by building bunkers or purchasing them and it turns out they may have good reason to do so. Check out what some government officials are saying below:

Having worked closely with U.S. intelligence agencies over the last two decades, James Rickards was once asked to simulate asymmetric economic attacks on the U.S. financial system. He is an expert at escalation scenarios and end games, and in a recent article at The Daily Reckoning he warns that the geopolitical situation on the Korean Peninsula will soon come to a head.

The most important financial or geopolitical issue in the world today is a coming war between the U.S. and North Korea, probably in the next twelve weeks.

How can I be so sure about the timing? The Director of the Central Intelligence Agency told me.

In a private conclave in Washington DC on October 20, 2017, CIA Director Mike Pompeo told a small think tank group (including me) that it would be imprudent to assume it would take North Korea more than ‘five months’ to have a reliable arsenal of nuclear-armed ICBM missiles. These could strike U.S. cities and kill millions of Americans.

That would create an element of surprise — and avoid the surprise of a faster than expected deployment of strategic weapons by North Korean leader Kim Jong Un.

Source: The Daily Reckoning via Survival and Prosperity

Some have suggested that Kim may be bluffing, but what if he isn’t?

The Trump administration has made it crystal clear that they are prepared to call the bluff and a nuclear armed North Korea, especially one with ICMB’s capable of striking major U.S. cities, will not be allowed. Rickards continues:

We relied on deterrence, containment, sanctions, diplomacy, and eventually arms treaties to avoid a nuclear war. Why not do the same with Kim?

He said acceptance of a nuclear-armed North Korea is ‘unacceptable’. The U.S. will stop North Korea from acquiring its nuclear capability in the first place rather than learning to live it.

The general public may not understand the seriousness of the threat, but it appears that someone out there does.

China, Russia, the United States and North Korea are all mobilizing for a coming war.

From what you've read and heard in the news, do you feel a war is imminent? We never know what may happen in the future, but if government officials are saying there's an indication that a war is coming we must be on our toes. That's why so many of us plan ahead for a SHTF situation — we want to be ready for whatever comes our way. And yes, even a war with North Korea is one potential catastrophe we may have to deal with.

For more on this topic check out SHTF Plan.