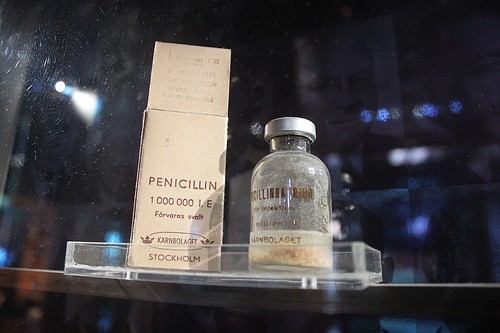 For those of us that need a touch up on our history of medicine, Penicillin marked the beginning of the antibiotic age. It was discovered in 1928, as Alexander Fleming noticed that the bacteria in a petri dish full of Staphylococcus colonies were not able to grow in a tiny section of the mold.

Once Fleming was able to isolate the source from the mold, the medical world was never the same.

Doctors could now treat conditions like pneumonia and rheumatic fever, which were previously considered death sentences.

A byproduct of the Penicillium fungus, Penicillin has a formula that can actually be made at home. And if you have the ingredients ready for a SHTF situation you won't have to ever worry about running out of medicine post-collapse.

In fact, take a look at the next page to see what that formula looks like!