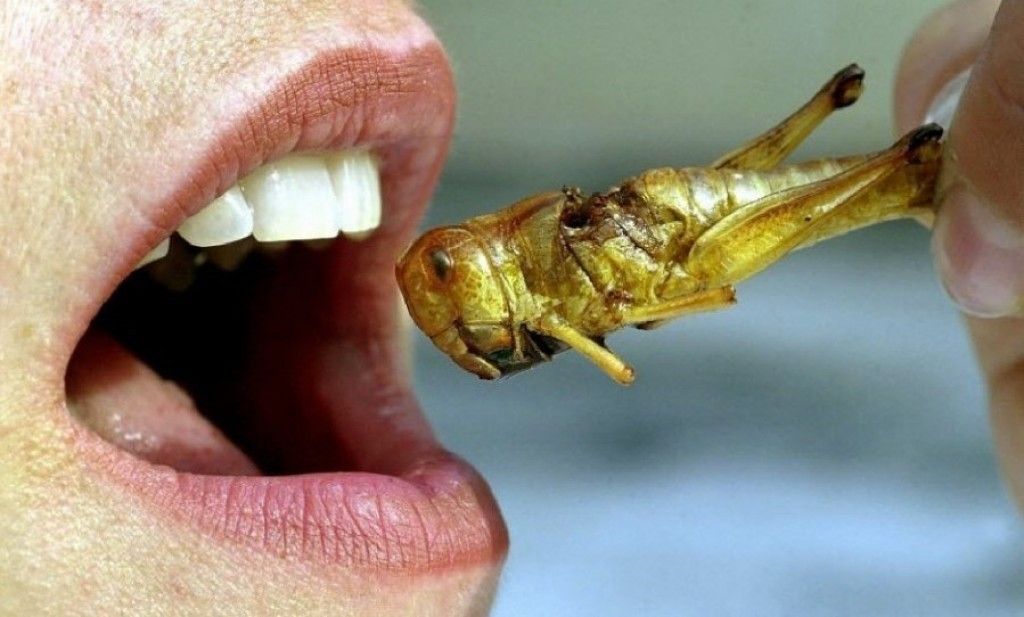 The following are going to make some of you grimace or even gag. It did us and we’ve been camping for years. Having said that, we’ve never been forced to eat insects. Yet, it is enough to know that if that one day it happens we will be ready!

Grasshoppers
If you ever drive through a field late in the summer with grasshoppers coming left and right through the windows, you’ll understand why they’re a convenient source of emergency food. Grasshoppers can be hand-harvested in the early morning when they are cold and easy to catch, or you can use a net.
Crickets
Possibly one of the first insects you might think of eating. Crickets are easy to catch, and are part of traditional diets in many cultures.
Moth larvae
Who would want to eat caterpillars? Well, Laotians for one. They eat silk worm caterpillars as a normal part of their diet. Most moth larvae are edible. However, be sure to avoid any caterpillar or larvae that is colored orange, red, black, or yellow.
Locusts
Ever wondered what might happen if your area got hit by a locust swarm? One option is to eat them before they eat everything else. Since they are active during the day, you can catch them with the same methods used to catch grasshoppers. But keep in mind that if you try using a net and the locusts are hungry, they could end up eating it.
Slugs and Snails
Emergency escargot anyone? Hard to believe that one nation’s luxury item might be another’s survival food. As it is, slugs and snails are not exactly appetizing on their own. However, one cannot deny that they are very annoying garden pests.
Ants and Termites
Depending on the area, ants and termites can be quite prolific. Ants should always be killed as quickly as possible as they secrete acid when stressed, which changes their flavor. The flavor of the ant also depends on the type of ant. For example, a fire ant will be more spicy than a plain black ant.
Maggots
I saved the worst for last. Yes, maggots are disgusting, but they are edible. Maggots–the larvae of the common fly–inhabit rotting meat and other unsavory locations.

All of the above are an acquired taste but, as has been said, when you are desperate they can be filling and actually meet some nutritional requirements if enough is eaten. To learn more, including preparation, on each go to Urban Survival Site.

No, it’s not something we want to do and if we were given a choice between a grub and a fresh bit of steak guess which one we would choose? You, on the other hand, may have the stomach for it now and if you do, congratulations! You are way ahead of many other survivors!