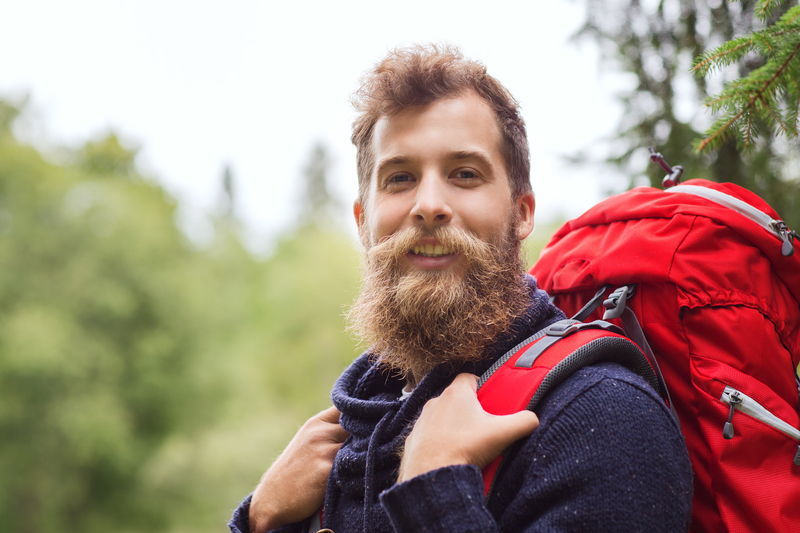 One part of that equation is carting around a backpack full of stuff all day; here is how one guy addressed that issue.

First i took a cheap construction board, and cut this to make a mold. I want to have a box made from linear glued beech veneer. Veneer shall be 1.5- 2 mm thick in tapes 130 x 1000 mm in three layers, unidirectional rings to get proper strength. So I made a mold for bending veneer.

To make sides of my boxes.

I insert in mold a iron tubes to accommodate fasteners better. PVC glue is applied on each side of veneer. I use pick tape to temporally set veneer in a three layers, watching to turn veneer side opposite to each other because of bending. Then using a wood board as a base, start to pres veneer, bending it in form.

I took three veneers and glued them together. Sanding after gluing was also necessary. Then I cut out joints using electric small saw and old fashion tinny hand saw. Gluing parts together was successful.

On joints I use as reinforcement tooth sticks and barbecue sticks custom made from bamboo as wooden nails. Each was pressed in drilled hole filled with glue. Also on long joints i made a wooden wedge diagonally. Of course, also glued. To determine form of bottom on upper and lower part, simply put glued sides on a plywood and draw the lines with over +/-5 mm.

Holes for wheel and how it shall look like. Wooden nails made from bamboo barbecue sticks.

Bottom cut out and glued on sides and nailed with wooden nails. Parts together and then I use piano hinge to connect upper and lower part-box together, which allow carriage to be fold to have possibility for chair function as well. Then I reinforce the hands … and voila. KP solowheel was merged up.

I found later on, that some reinforcements has to be made , specially on the curved wedges of lower box, so I ad two strip veneer on each side. On the end I add a seat for chair when KP solowheel shell be folded on half. Also reinforcement are made on the wheel fork — for every case.

I put a rope with gum around the sides on bottom part to serve as hook points and also the same hooks on the gum-rope to fasten all things under KP solowheel cover.

What used to take half a day, if you are like me, on the north side of 45, now takes a bit longer; it also tires me out a bit more and any aches accumulated make themselves known the next day for a longer period of time.

A cart like this makes hauling a backpack easy – so easy, the person using it might just be able to keep up with the younger set!

To see other hiking ideas and ways to make your time in the woods easier, check out Instructables.