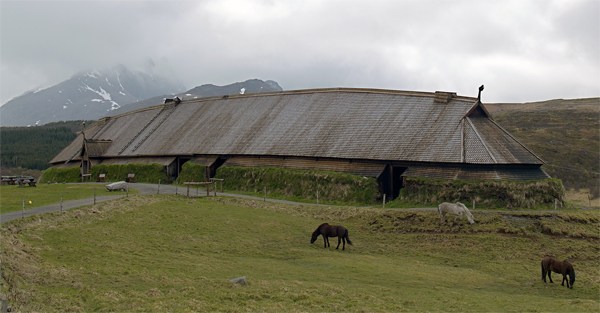 Housing in the aftermath of a survival situation – short or long-term always is a major challenge – for everyone involved.

Here are some simple housing designs that anyone can make if they plan it out before the survival crisis strikes!

Tipis (also spelled Teepees) are tent-like American Indian houses used by Plains tribes.
A tepee is made of a cone-shaped wooden frame with a covering of buffalo hide, and originally they were up to 12 feet high. Like modern tents, tepees are carefully designed to set up and break down quickly. As a tribe moved from place to place, each family would bring their tipi poles and hide tent along with them.

Plains Indians migrated frequently to follow the movements of the buffalo herds, and it’s said an entire Plains Indian village could have their tipis packed up and ready to move within an hour.

These shelters are small, usually 8-10 feet tall, and they’re formed with a frame of arched poles, most often wooden, which are covered with some sort of roofing material ranging from grass, bark, brush, mats, reeds, hides or textile. The frame can be shaped like a dome, like a cone, or like a rectangle with an arched roof. The curved surfaces make it an ideal shelter for all kinds of conditions, and while wigwams are not portable they’re small and easy to build.

A first hand account from 1674 of Gookin, who was superindendent of the Indian subject to the Massachusetts Colony, says…

“The best of their houses are covered very neatly, tight and warm, with barks of trees, slipped from their bodies at those seasons when the sap is up, and made into great flakes, with pressure of weighty timber, when they are green….The meaner sort are covered with mats which they make of a kind of bulrush and are also indifferently tight and warm, but not so good as the former….Some I have seen, sixty or a hundred feet long and thirty feet broad….I have often lodged in their wigwams, and found them as warm as the best English houses.”

A hogan is the primary, traditional shelter of the Navajo people. It can be round, cone-shaped, multi-sided, or square; with or without internal posts; timber or stone walls and packed with earth in varying amounts or a bark roof for a summer house. Anything goes really.

The hogans of old are also considered pioneers of energy efficient homes: “Using packed mud against the entire wood structure, the home was kept cool by natural air ventilation and water sprinkled on the dirt ground inside. During the winter, the fireplace kept the inside warm for a long period of time and well into the night. This concept is called thermal mass.”

In 2001 the Hogan began seeing a revival with a joint-venture of a partnership involving the Navajo Nation, Northern Arizona University, the US Forest Service and other private and public partners.
The Log Cabin

Some of the first log structures were built in Northern Europe many thousands of years ago, and they’re most commonly associated with Scandinavia and Eastern Europe.

They’re built out of logs laid on top of each other horizontally, with notches at both ends to form weather tight corners. The thick solid wood provide much better insulation over a timber frame covered with skins, boards, or shingles.

With suitable tools and logs, a log cabin can be erected (and disassembled) from scratch in days by a family but it can stand for potentially hundreds of years. In fact, not far from where I live you’ll find one of Sweden’s best preserved old farms with log structures built in the 1700’s that’s still in good condition.

Just as with the Clochán, the log cabin gets its structural integrity from compressional forces, and a log cabin tends to slightly compress as it settles over a few months or years.

Longhouses have been built all over Europe, Asia and the Americas, but may be most commonly associated with the Iroquois tribes in North America, as well as with the Norse (better known as the Vikings) in Scandinavia.

They are built similarly to wigwams, with pole frames and bark covering. The main difference is that longhouses are much, much larger. Longhouses could be 200 feet long, 20 feet wide, and 20 feet high.

Smaller longhouses housed one or several multi-generational families while larger ones could house an entire clan– as many as 60 people!

Not a house design but rather an excellent building material, bamboo has a high strength-to-weight ratio useful for structures. It grows fast, it’s light-weight, and is a sustainable source of building material.

In its natural form, bamboo as a construction material is traditionally associated with the cultures of South Asia, East Asia and the South Pacific, to some extent in Central and South America,

Pueblos are adobe house complexes used by the Pueblo Indians of the Southwest. They’re modular, multi-story houses made of adobe (clay and straw baked into hard bricks) or of large stones cemented together with adobe.

A whole pueblo housing comples can house an entire clan, with each adobe unit being home to one family much like a modern apartment. These houses can last for dozens of generations or longer in a warm, dry climate.

In the old days you’d find several types of earthen houses around the world, including Native American houses such as the Navajo hogans, Sioux earth lodges, pit houses of the West Coast and Plateau, as well as subarctic sod houses in Alaska, Canada and on Iceland in the Atlantic.

These are all semi-subterranean houses, sheltered by the surrounding earth on three or four sides with a roof on top. The main benefit of the earthen house is that you’re sheltered from both cold and wind by the earth, and if you face large windows towards the south you can potentially heat your home 100% passively from the sun.

Each of these housing designs provides the basics – shelter from the elements, protection and a place to congregate.

With some ingenuity, they can be modified to handle most modern conveniences – or at least some of them!

If you want to see other types of houses like these, check out Walden Labs!