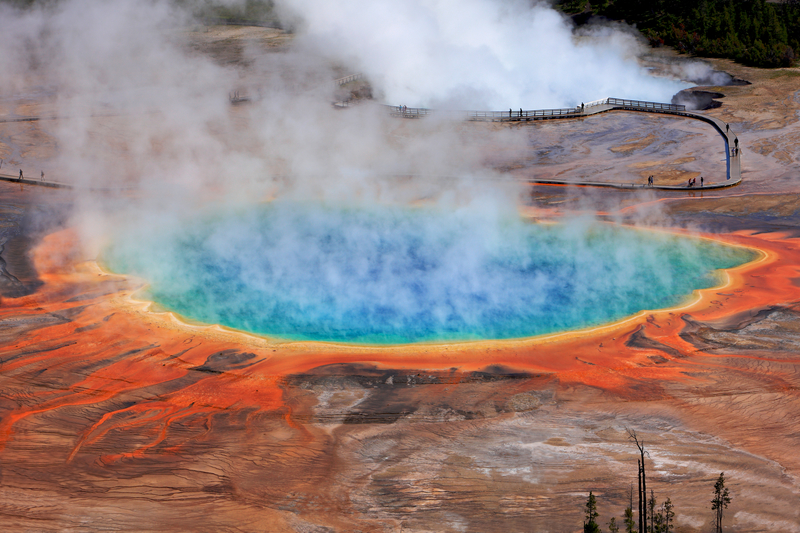 Yes, the supervolcano in Yellowstone National Park could erupt a lot sooner than what researchers originally thought, but luckily if it were to erupt the event wouldn't be catastrophic. That doesn't mean we shouldn't prepare for the worst, however. Read on to learn more about what they discovered about this dangerous supervolcano:

Arizona State University researchers have analyzed minerals around the supervolcano at Yellowstone National Park and have come to a startling conclusion. It could blow much faster than previously expected, though any talk of it potentially wiping out life as we know it is incorrect.

According to National Geographic, the researchers, Hannah Shamloo and Christy Till, analyzed minerals in fossilized ash from the most recent eruption. What they discovered surprised them – the changes in temperature and composition only took a few decades, much faster than the centuries previously thought.

Despite some sensationalist claims seen in the media, the supervolcano is not expected to erupt anytime soon and if it did, the events would not be catastrophic. “There's no reason to think it could impact mass transport the way the Iceland eruption did nor would it have any effect on crops,” Till told Fox News. “There is no evidence to suggest it could destroy mankind.”

The super volcano is one of the best monitored volcanoes in the world, being monitored constantly in real-time by The Yellowstone Volcano Observatory. Currently, it has a reading of green, indicating no threat is imminent, Till added.

It's good thing that this supervolvano is constantly being monitored, especially since it could do serious damage. Even though it shouldn't erupt anytime soon, we shoud always be watchful for potential disasters in our area. From floodings to earthquakes, things can happen in a blink of an eye. Prepare loved ones, keep a bug out bag within reach, and always be prepared.

For more on the Yellowstone supervolcano head to Fox News.