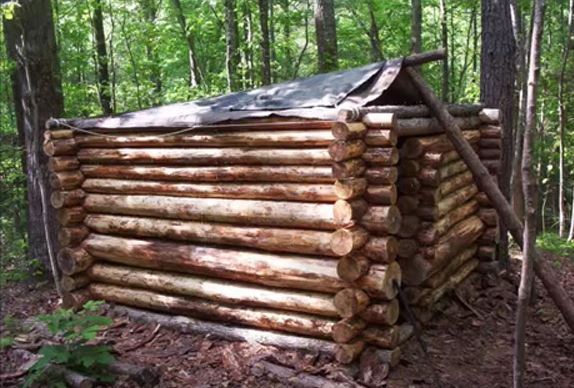 We will never forget the neighbor kid who dragged small logs, skinny limbs and leafy branches from a nearby wooded area home after school and made his own cabin in the backyard.

When we asked him how he learned to do it, after he invited us inside, he said his father showed him on paper how to build it but he, the boy, did all of the construction.

We believed him and were so impressed! We wanted to ask him if he’d help us with our own backyard building project but one thing led to another, adolescence hit, and the desire to build that little cabin left us. Still, all these years later, that memory has stuck and, would you believe, the desire to build that cabin – on an adult level – has returned!

After the break, go on over to the next page and watch some small log cabin construction and see if it does not bring back memories or even ambition for a future build!