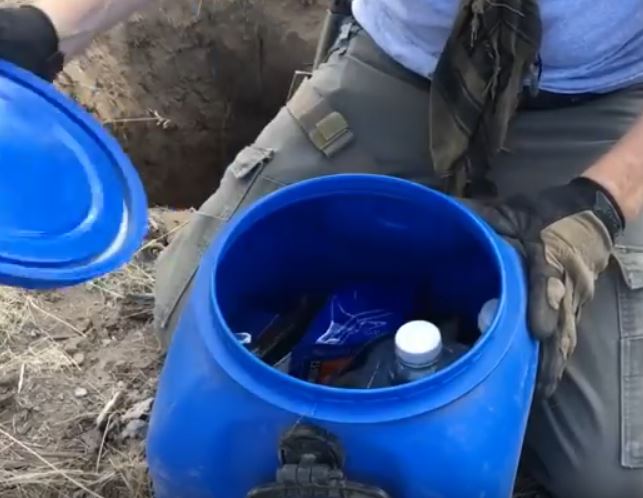 It's a common practice and necessity to have a survival stash ready to go for a disaster. Whether it's kept in a bunker or buried underground, it's important to be ready when disaster strikes. It's also to make sure those supplies are going to edible and useable when a collapse arrives, which means checking up on your supplies regularly.

One man decided to put his supplies to the ultimate test by burying them for an entire year. He wanted to see how they would fare, which is a great idea.

In the video, the survivalist decides to unbury his bug-out cache the year was over. When you see the condition that his supplies were in, you won't believe it.

If you need some pointers in keeping your cache in good shape, then this video is a must-see!

Check out the video on the next page to find out what happens when he unburies his cache!