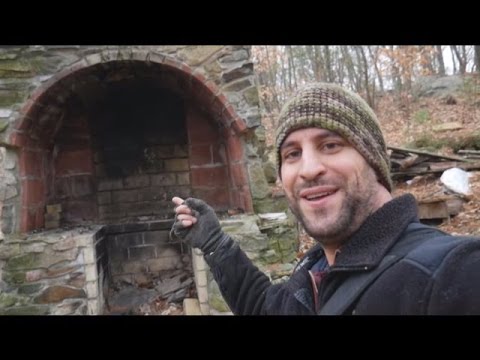 If you've ever wondered what life is like in a homeless camp, we got something for you. The following video shows one prepper's guided tour of an abandoned urban camp set up by the highway.

Given the condition of the camp, it's likely that the man that lived there was probably forced out by authorities as most urban camp setups are illegal.

What's great about this video is that it shows how one person tried to create a wooden shelter in public area.  He collected random pieces of abandoned furniture to make it more home-like. The makeshift shelter is no longer there, but many of the man's personal belongings are still scattered throughout the area.

Another important thing to point out about this particular video is that this man had to come up with unconventional resources just to get by.

For instance, he used an old oil lamp to provide extra light. Perhaps one of the most interesting things about this video is that he actually built himself a brick fireplace inside his shelter, and, unlike the rest of the shelter, it still stands!

Check out the video on the following page for the complete tour!