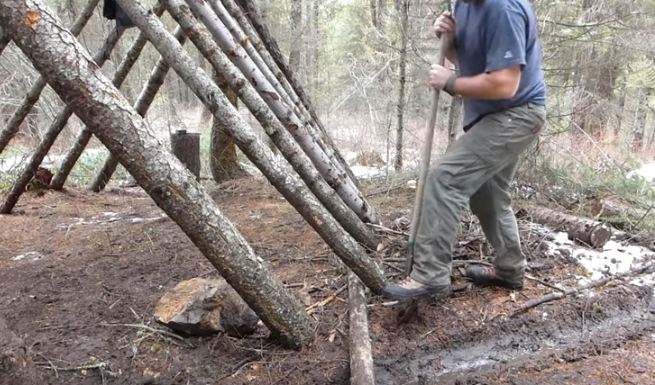 Before you get any ideas on the title, the man who builds the shelter on the video on the next page only gave his shelter the nickname of “The Meth Lab” because of its appearance in the woods. This off grid warrior firmly states that the only thing he'll be cooking is meat near his shelter!

However, this winter shack, built in the snow and cold weather is very well thought out. In fact, with some revisions, it was mostly made by hand!

On the next page watch how a survivalist methodically thought through how to create his “lab.” How he decided to build his shelter and where it was placed was an imperative part of its construction.

Sure he ran into some obstacles, but what he came up with is very impressive and should a disaster take place keep him safe and warm during the winter.

Check out the progression as to how this shelter was constructed on the video on the next page and be in awe — I know I am!