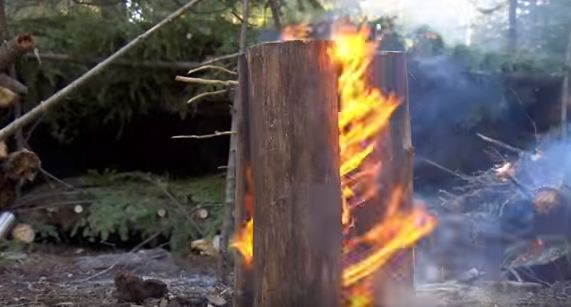 Man and fire is at least as old as the cavemen and we often think this is why men like the idea of going on camp-outs! After all, it's nice to build a fire and commune with nature. Here’s a way to build a fire that you may have never thought of doing before!

We love the idea behind the Swedish Torch. Granted, you’ll have to find some wood big enough to make the fire viable but once you do you will have a warming fire all night, even after that steak and potatoes are cooked!