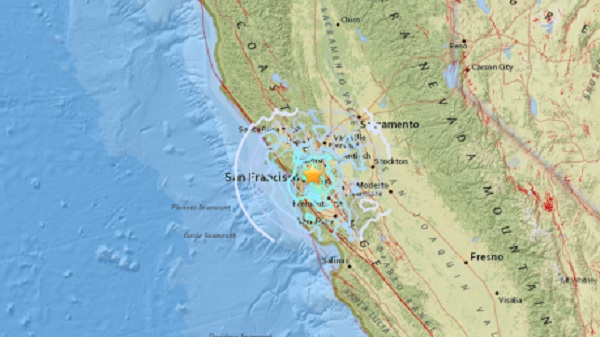 No matter where a person lives in the United States there's a risk of catastrophes taking place. In the midwest it's tornadoes, near the Atlantic ocean its hurricanes, and lately, in the state California, it's fires and mudslides.

Even though it's true that disasters can happen anytime or anywhere, it's still important to be aware of what could happen in your state. As preppers, that's why we carefully plan for survival scenarios — because we never know when one could hit. Sure, there are precursors for potential events to come, but we never know the exact time or place something could go down. Minus the wildfire that you can see in the distance that is coming toward your home — better get out fast!

Lately, earthquakes have been hitting San Francisco and Mount St. Helens. Yes, earthquakes near Mount St. Helens are fairly common as are quakes hitting California, but it's the frequency and other factors that are causing experts to be concerned that something stronger may be coming.

To learn what signs experts are seeing that a catastrophic earthquake may be taking place in the not so distance future, check out the next page.