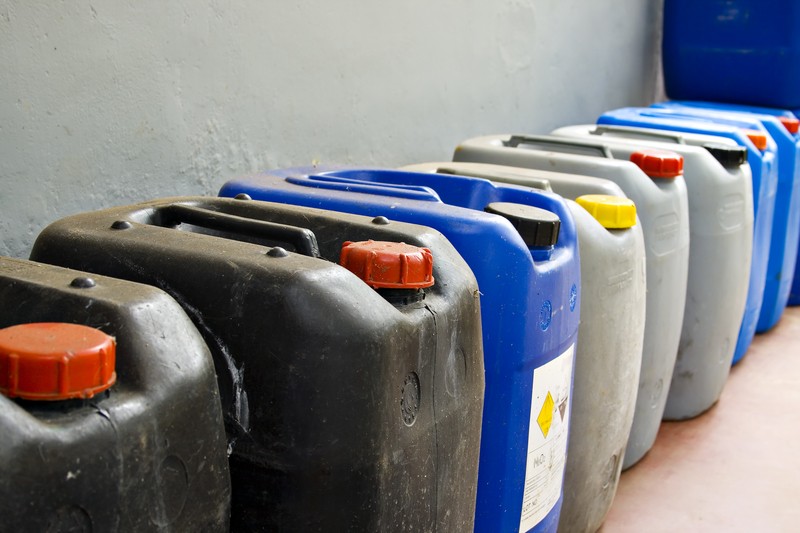 Stocking up on fuels of all kinds is one of the most helpful things you can do for yourself before SHTF. It can be used for firewood, your bug out car, and the list goes on. It's important that you know how to store it, though. To learn how check out the literature below.

Firewood is probably the most common form of fuel to store for long term survival. Why?

Firewood is often abundant (location dependent), it’s relatively inexpensive, it’s not complicated to store, and there are no laws on how much you can store. Firewood is also great for creating heat and cooking foods without electricity or chemicals.

You also need to plan to allow firewood to be seasoned to get the most benefit from it.

Seasoning firewood consists of chopping it, splitting it to useable sizes and then storing it in a dry location for at least six months (a year is better) before use.

Long Term Gasoline Storage: The Most Popular Bug Out Fuel

While there are quite a few diesel vehicles on the road, gasoline powered engines still dominate. Only about 3% of all US vehicles are diesel powered.

So 97% of US road vehicles are gas based…

What happens when SHTF and gas stations have no electricity to pump?

Or what if the gas stations are overrun with extremely long lines due to panic and go empty within hours?

You better hope you have enough long term gasoline storage to get to your bug out location.

Gasoline left alone, won’t keep…it has a very short shelf life. As it ages, it will quickly deteriorate over time. If you store this fuel long enough, it will eventually become useless. Essentially it’s one of the most difficult fuel to store long term.

So you have two options…you can either learn how to store gasoline long term (keep it from deteriorating) or come up with a regular fuel rotation system.

How To Store Gasoline Long Term

Gasoline stabilizer additives are designed to be periodically added to your stored fuel to prevent natural deterioration of its ignition properties.

Just add the stabilizer to your gasoline within a year, mix well and you’re ready for another year. It generally needs to be done every year…not just once.

How Much Gasoline Should You Store?

This depends on a variety of personal factors, but in general, I suggest storing 25% more than it takes to get to your bug out location.

You’ll want to store diesel fuel instead of gasoline if your bug out vehicle of choice is diesel powered.

The Diesel Fuel that is typically seen today is actually Ultra Low Sulfur Diesel Fuel or also referred to as ULSD. The Diesel fuel that was stored “back in the day”, lasted for numerous years without any deterioration effects.

However, with the new formulation, ULSD will typically won’t last much more than about 6 months. You can extend the life of USLD by adding additives to the diesel fuel storage tanks (similar to gasoline).

You inject the nitrogen as the fuel increases and decreases from the use and any temperature change basically by removing the empty space in the tanks and replacing it with nitrogen.

This removes the atmospheric air in the diesel fuel storage tanks that can cause fungus to grow since it is made up of both oxygen and water.
Kerosene

Kerosene is an ideal fuel to store because of its versatility. It can be used for lighting, heating, and cooking.

Kerosene is considered a non-volatile fuel, meaning won’t explode (unlike gasoline), which is always a plus.

It can also be stored for many years without significant degradation. Kerosene is very dense in energy and holds almost 50% more energy than propane.

Propane is relatively straightforward to store. It can be stored in propane storage tanks in both large or small quantities.

There are different sizes of propane storage tanks available so you would need to check with the supplier to see what sizes are available, as well as what sizes are permitted to be stored in your state.

If you have a wood stove warming your house, chances are you're already storing wood for at least a year's worth of use. If you don't have a wood burning stove, you should consider adding one, as it will make keeping your home warm and hot food on your table much easier when the grid goes down.

As for other fuels, it's definitely a good idea to stock up on every type of fuel you use on a regular basis. Make sure you follow the recommendations above, though.

For more helpful information on storing fuels, you can read more on this topic at Skilled Survival.