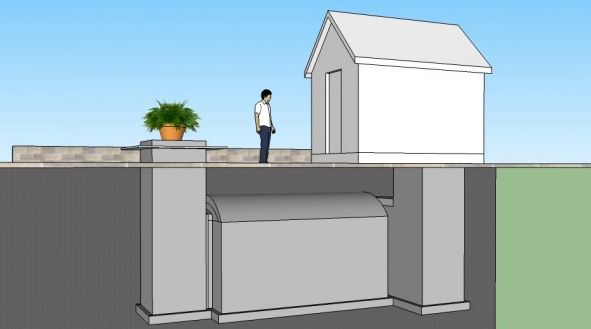 During the Cold War, a nuclear fallout shelter was something anyone living near a major metropolitan area or military base thought about, but few could afford.

Add to that the general belief that no one could survive a nuclear attack and fallout shelters never gained much traction.

Then the USSR fell and fallout shelters retreated to the recesses of almost everyone's mind.

The general beliefs about exposure to radioactive particles shifted from fallout from a bomb to fallout from a nuclear accident, but even then, it seemed a remote possibility.

That changed for many, particularly if you lived near a nuclear energy facility in 2011, with the Fukushima Daiichi Nuclear Reactor accident.

Suddenly, what to do if you lived near a nuclear reactor and it had an accident or meltdown became a primary consideration.

But if you wanted to build a fallout shelter, how would you do it?

Check out the next page to see some general guidelines.