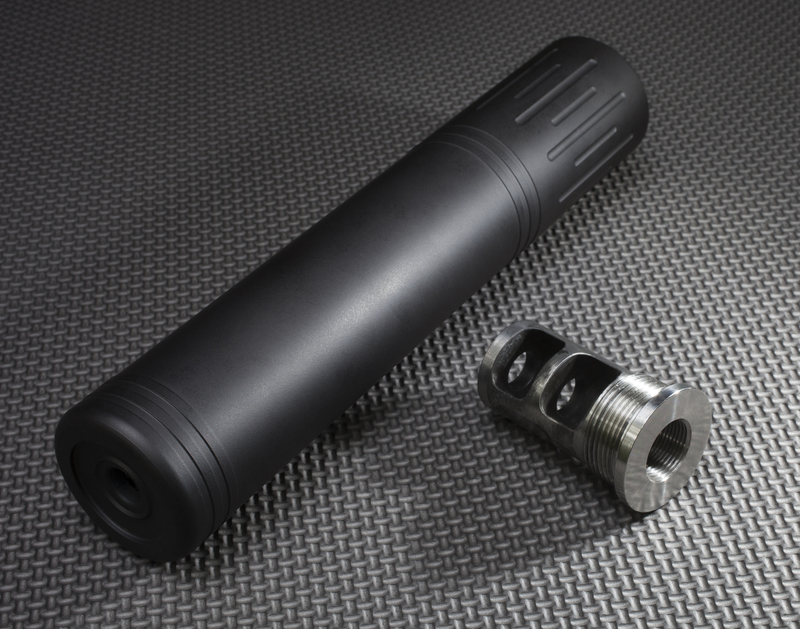 With the passage of the Hearing Protection Act, suppressors are poised to become as routine in a gun kit as ear protection and shooter's eyewear.

Here is a summary of a few suppressors that every shooter should check out!

Dead Air is a relatively new company that was founded by longtime silencer maker Mike Pappas. The ¬Sandman S measures only 6.8 inches long, making it ideal for any rifle you’ll have to carry and maneuver in tight spots. At 17.7 ounces, it weighs a tad more—perhaps because of its quick-detach system and internal Stellite baffles—but it’s not heavy. Compact and cool looking with a Cerakote finish and angular design, it’s probably my favorite all-purpose suppressor. $1,049

At 17.6 ounces, 9.3 inches long, and 1.75 inches in diameter, it’s the bulkiest suppressor on this list. In my testing, it seemed to reduce the bassy, long-distance boom better than the others but not the high-end, close-range crack as well as some. Like all of the models here, it can be purchased with or without a quick-detach system. Although this wouldn’t be my first choice for mobile hunting situations, I like this robust can for tactical training, where you’ll be wearing hearing protection but want to reduce complaints from the neighbors. $1,095

The 8.8-inch, steel-and-¬aluminum Harvester is by far the lightest suppressor on this list, weighing in at a mere 11 ounces. It’s the thinnest one, too, at just 1.37 inches in diameter. Its light weight and low cost, it’s perfect for silencing the hunting rifle that you don’t want to weigh 1 ounce more than it absolutely must. With a thread adapter available from the company, I use it on my AR-15 for varmints, as well as on my deer rifles. $724

YHM 3400 Ti Phantom
Yankee Hill Machine is a precision machining company in Massachusetts that’s been cranking out intricate parts for the military for years. Now it also makes excellent guns and suppressors. The 3400 Ti Phantom is made of titanium and Inconel 718 (a nickel-based superalloy) to be extremely strong. It is 8.8 inches long and weighs just 15 ounces. $1,088

Suppressors have become an important part of any shooter's equipment – they reduce noise, which helps avoid hearing loss and irate neighbors as well as helps hunters avoid detection if they discharge their weapon during a hunt.

A good suppressor will run you several hundred dollars and just about every major firearm manufacturer makes some iteration of a suppessor.

To learn more about suppressors and purchase options, check out Field and Stream.