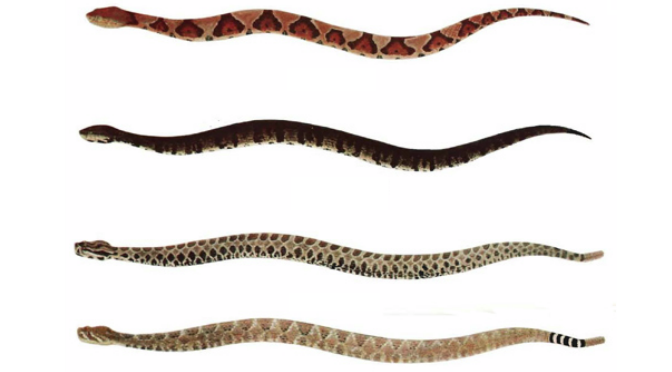 If you're living under the false pretenses that you're likely never to get bitten by a venomous snake don't be mistaken, this could happen to you. When I was a teenager, my dad got bit by a rattlesnake in our own backyard. While he was doing yard work, he stumbled upon this snake, which instead of being a bull snake ended up being a venomous baby rattler (that can be hard to identify when young), that bit him.

That's why it's so important that you know how to identify a venomous snake, even the young ones. By learning how to identify these types of snakes, you should be able to know what kind of snake it is by its coloring and head shape.

As a prepper during the collapse knowing how to identify dangerous reptiles could be life-saving.

However, even if you know how to identify dangerous snakes doesn't mean you won't at one time or another get bit. At least if you do, you'll know what snake you're dealing with.

Most snakes are not venomous, but you can still come across the dangerous ones when you least expect it. After all, my Dad got bit by a rattlesnake in my backyard! That's why it's vital that you're prepared for whatever comes your way.

Learn how you can successfully identify a copperhead snake and what locations this reptile is most prominent.

Plus, after the break you can continue to learn how to identify other venomous snakes. This is an invaluable survival skill that could save your life!