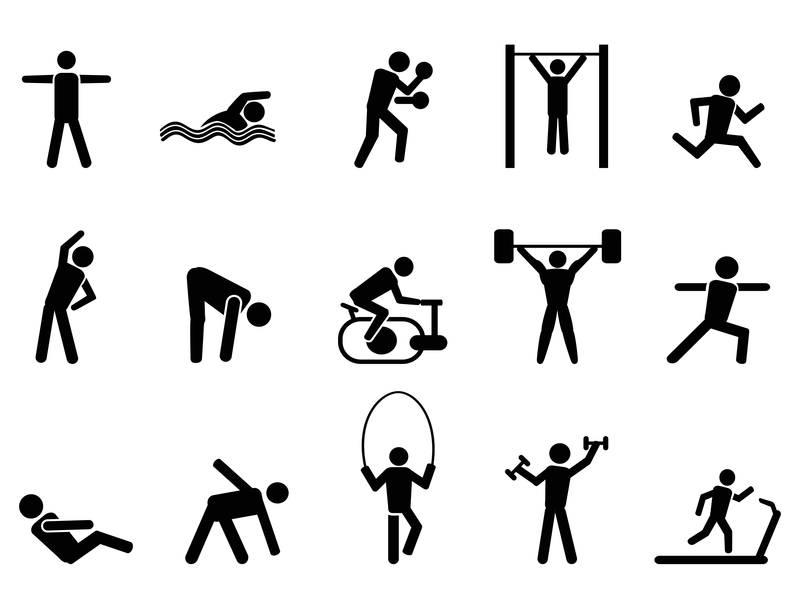 Being able to perform basic survival duties often requires mastering certain physical skills and being able to do them like they are second nature.

The following are several basic skills that you must learn and master to give yourself a chance!

Even when you’re just standing up, you’re countering and managing the forces of gravity, and thus balancing. Ditto for every movement you make. Balance as a skill, however, involves a more challenging context, when a surface you’re navigating is more unstable, slippery, and most typically, narrower than those you typically encounter, e.g., crossing a log or railing.

Because balancing is often engaged in a slower way, and is thus neither as taxing nor strengthening to one’s anaerobic or aerobic systems as other exercises, it’s often overlooked as an important physical skill. But it’s not only a central component of all movement, it also improves joint stability and enhances mindfulness; the focus required to maintain balance re-connects the mental and physical. Plus, it’s a skill that surely comes in handy when the only way to cross a river, chasm, or other obstacle is by way of a narrow beam.

Balancing is an easy skill to practice in short snatches throughout the day; I’ve in fact got a 2X4 in my living room just for this purpose.

Running, along with walking, constitutes the most basic form of human locomotion. It also constitutes what is arguably the best form of full-body aerobic and anaerobic exercise. The conditioning that comes from running forms a necessary base for performance in numerous recreational activities, as well as team, individual, and combat sports. And whether you’re running to an emergency to lend aid, or away from it to summon help, running is key to surviving and thriving in crisis scenarios.

Running unfortunately also comes with a high rate of injury. While MovNat encourages running with a forefoot/midfoot strike, and even a progression to barefoot running as a way to lower this risk, I’m personally not bullish on people’s ability to significantly change their running form, nor convinced that the forefoot strike is necessarily best for everyone. Heel striking is overly demonized these days, and doesn’t even use more energy as is commonly supposed.

Crawling is likely the first fundamental movement you developed as a baby. Yet as adults, it’s probably the most neglected, perhaps because it seems too “basic” to require practice as a grown-up. But it certainly isn’t.

For babies, crawling is an excellent on-boarding stage for the motor skill development to come, as it engages the whole body, and necessitates coordination between arms and legs. This function still serves adults well. Crawling requires contralateral movement (e.g., moving your right arm and left leg forward at the same time) – which is harder to do at first than you’d think! It encourages mindfulness about your body position, strengthens all your limbs and especially your core, enhances your limberness and agility, and, when performed over a significant distance, provides a great conditioning exercise too. Because of its whole-body benefits, Aaron Baulch, a MovNat instructor here in Tulsa, aptly calls crawling “body armor.”

Crawling can be performed with different combinations of hands, knees, feet, and even your backside in contact with the ground, depending on how low you want to get, how quickly you need to move, and whether you need to do things like carry equipment as you crawl.

There’s a reason we associate jumping with joy; it’s a very freeing movement that allows you to momentarily escape the forces of gravity. But it’s also a very functional movement: whether you’re jumping across a creek, over an obstacle in your path, downwards from a ledge, or upwards to grab a piece of fruit off a tree, jumping allows you to confidently explore complex and difficult environments.

It’s a movement with a great impact on your physiology as well, increasing your body’s work capacity and power. For this reason it’s a staple of athletic training, especially for those in sports that are high in intensity.

There are two parts to the skill of jumping — leaving the ground and landing. The latter is even more important than the former; you need to know how to land in a way that absorbs and disperses the forces of impact, both to minimize the impact of those forces on your body, and to maintain your balance as you hit the ground.

Climbing is a uniquely satisfying and joyful activity. Perhaps it’s because of the way it calls upon all four of your limbs, or the thrill of leaving the earth and scaling a height, or the challenge of managing your bodyweight and fighting the forces of gravity. Part of the interest it holds is surely due to the fact there are so many different things to climb — rock faces, pipes, fences, walls, cargo nets, ladders – each providing a fresh challenge and a very tangible obstacle to surmount. Any way you slice it, climbing simply feels wonderfully exploratory, and even makes you temporarily feel like a different kind of creature.

The fun of climbing is accompanied by serious physical benefits: it works your whole body, improving your strength, work capacity, and agility.
Proper technique in climbing is important both from a safety and an energy conservation standpoint, and extends to things you probably don’t think of as even having a technique, like hanging. There’s definitely a best way to hang, and it’s a skill not only important for climbing but for traversing as well.

Traversing is essentially horizontal climbing. While you swung across the monkey bars with ease as a boy because of your ideal strength-to-weight ratio, traversing is a lot more challenging when you’re a grown man who’s got to move a lot more height and poundage. This enhanced challenge extends to the fact that you ought to be skilled in traversing more structures than just monkey bars, because, let’s face it, horizontal ladders do not abound in either wild or urban landscapes.

You’re more likely to find yourself making your way across a pipe laid between buildings or a rope strung over a river.

There are many reasons for a man to be strong, not the least of which is the fact that strength is the foundation of fitness. It allows you to do all other movements in a more robust and versatile way, with less chance of injuries. While all physical skills build strength to greater and lesser degrees, lifting does so in the most focused way.

What’s less appreciated about strength, however, is that the equation works the other way around too: the ability to move increases strength. The more flexible and agile you are — and these qualities are built not just from, or even most effectively from, actual stretching but from practicing the widest possible range of physical skills — the easier you can get into the proper positions for lifting.

Because lifting is definitely not only about sheer force and exertion, but technique as well. Technique — and this concerns things like posture, tension, and breathing — conserves energy, allowing you to lift more, and staves off injuries.

The strength gained from lifting not only translates into direct use — e.g., lifting debris that’s fallen on someone — but as preparation for segueing into another movement — e.g., lifting a bag of mulch, that you then carry into the backyard. In either case, it pays for your lifting capability to be expansive not only in sheer strength (the number of pounds you can hoist), but in versatility. You may be very adept at lifting a bar while standing on rubber matting, but you should also be skilled in lifting rough and oddly-shaped objects — rocks, logs, and even people themselves – while standing on dirt, sand, and other uneven ground.

While lifting comes in for the lion’s share of attention and glory in the modern fitness landscape, the ability to carry the things you lift is just as important, and even more practical. Whether you’re lifting cement, sandbags, or grocery sacks off the floor, your toddler out of bed, or your comrade off the battlefield, you typically don’t hoist them and stand there in a static position — you carry them over to where you need them to be.

Carrying calls on a type of strength that most of us don’t exercise much, either in the gym or our day-to-day lives, and thus training this capacity must be intentional, and the proper technique for how to hold and grip a load must be studied and learned.

Throwing and catching are two distinct physical skills, but I’ve combined them here because they typically go together: though you sometimes throw objects aside to get them out of your path, you’re most often throwing an object to someone who will catch it, and you don’t catch something that hasn’t been thrown! So too, many of the movements used to throw and catch are essentially mirror images of each other.

Throwing and catching serve as a big part of many organized sports, but they also have many practical and even survival uses. Farmers throw hay bales; soldiers toss equipment over a wall or to each other. If facing a flood, you’d throw and catch sandbags on down the line to build up a barricade; if lost in the woods, the ability to accurately throw a spear could keep you from starving.

The dynamic and cooperative nature of throwing and catching, as well as the need for focus and reactivity, make it one of the more enjoyable physical skills to practice and execute. At the same time, practice of one’s throwing and catching skill set strengthens the core, and is highly beneficial to enhancing the mobility of one’s midsection, hips, and back – mobility that comes in handy for many other movements, including throwing a punch.

To be able to endure the stress and challenge of a survival situation, you must be in relatively decent physical shape and possess certain physical skills that will let you perform the many different tasks you will have to do on a daily basis.

Not mastering them will make your life much more difficult and in some situations, put your well-being and life at risk.

To learn more about physical skills you need to have mastered, check out the Art of Manliness.

Featured Image via Art of Manliness