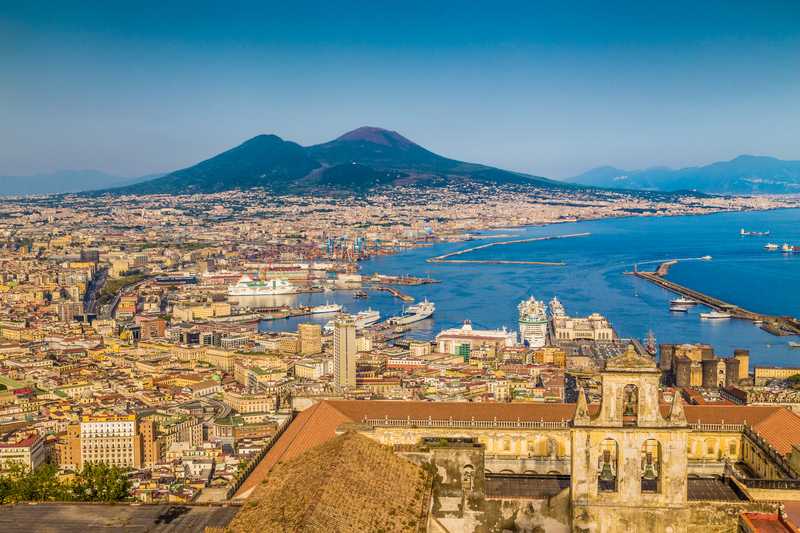 Now some of these places are speculative, but based on the stats these places are some of the most dangerous locations a person can visit. A lot of people have died here and it's either due to not using common sense or just because the place isn't that safe in general. When in doubt, always be safe and don't put yourself in compromising situations.

So, here's 8 of the most dangerous places on earth, from our friends at Planet Dolan.

You might not think it’s a dangerous place because of what a tourist hotspot it is, but don’t be fooled – all it takes is one wrong step and death is certain.

At least, most of the time it is – a 21-year-old was driving across the edge when he accidentally plummeted off the cliff, but luckily he was saved by a tree that slowed his fall near the bottom.

For others, the falls are intentional – the Grand Canyon is known to be the nation’s second-highest location for suicide.

Over 650,000 people live in this deathtrap, surrounded by volcanoes on all sides – with a single eruption forcing the evacuation of more than a million people from the surrounding area.

Not even 2000 years ago, one of the nearby volcanoes exploded, destroying the ancient cities of Pompeii and Herculaneum, with 50 subsequent volcano eruptions since.

This one should be fairly obvious if you’re keeping up with the news – frequent bombing, gunfire and unspeakable violence.

Most travel agents will warn you about traveling here, but if you absolutely must for a good reason, you should be aware that terrorism isn’t easy to predict.

In 2012, Baghdad was listed as one of the least hospitable places in the world to live, with Mercer ranking it as the worst of 221 major cities when it comes to quality-of-life.

This place was formed by glaciers over thousands of years, nowadays extremely susceptible to avalanches and icefalls.

If you decide to go hiking up the winding trail, just bear in mind the cold weather dangers and how easy it is to lose your footing.

One hiker actually slipped 200 feet into a boulder field suffering head injuries, but was saved by local Mountain Club members.

This among a number of other countries in Central America get hit by a series of natural disasters, including hurricanes, mudslides and earthquakes.

And again in 2005, the remnants of Hurricane Stan caused over 900 mudslides in the area, swallowing entire villagers and everyone who lived there off the face of the Earth.

A disaster waiting to happen, 12 million residents in Istanbul living atop the North Anatolian Fault, also known as earthquake central.

In 1999 a 7.6 magnitude earthquake decimated the city of Izmit, with the estimated death toll exceeding 40,000.

In a 2010 study, Nature Geosciences discovered that tensions along the fault are building, with a magnitude 7 or greater quake in the next 25 years exceeding a 30 to 60 percent chance.

One particular tsunami in 2004 killed over 227,000 people following a magnitude 9.1 earthquake caused an enormous wave to hit the shore.

For the last 100 years, there have been droughts, volcano eruptions and earthquakes galore – a risky place to decide to live in.

Known everywhere as simply “murder capital of the world”, this is one of the most violent cities on Earth.

The homicide rate exceeds 170 per 100,000 people, with arms trafficking and illegal firearms everywhere.

Some blame the deportation of Los Angeles gangs from the 1990s, including Mara Salvatrucha and the 18th Street gang, as the major cause of this violence.

After reading through this list, you probably don't want to make these locations any of your next vacation spots. It's important to know they are dangerous and remember why. If you do happen to go to any of these locations (they wouldn't be our first choice, just saying), just know what you're in for! For more cool facts, check out Planet Dolan.