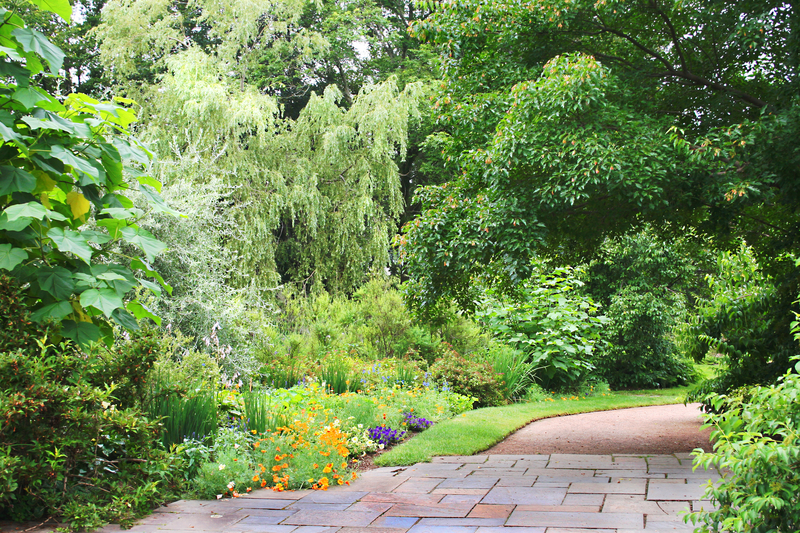 The trees covered below are not just trees to avoid if you are planning your homestead or survival location layout; they all possess either a very shallow root system, produce toxins to other plants, attract pests, suck up a disproportionate amount of water/nutrients or have very weak wood.

If they already are present, you should consider removing them or altering your plans to accommodate for their weaknesses.

Many homeowners prefer cottonwood over various other plants, given its aesthetically pleasant appearance and its low maintenance. However, the cottonwood has a very shallow and soft root system. Its wood is prone to rotting, making it very unstable during severe storms.

Aside from the fact that the tree itself is fairly brittle, it can also be damaged by insects and diseases, which makes it even more exposed to the elements.

The reason why you should never plant the Bradford Pear tree in your backyard is because the characteristic pyramidal shape of the tree makes it very fragile.

Its branches tend to break during storms or strong winds – just like the cottonwood.

Even though you might be tempted to think that regular pruning may address the problem… it does not.

Apart from the branches, the tree is also known for producing white flowers that have a very pungent odor.

Like the cottonwood, the mimosa tree is also known for its extremely frail wood that does not make it a particularly reliable tree.

This tree is known to attract webworm, and aside from the fact that it is a soft plant with branches that are prone to breakage, the mimosa is also known to produce large seeds that germinate very quickly.

In other words, you will be left with a whole “plantation” of mimosa trees before you even know it, if you are not careful enough!

While some trees are known for their soft woods and weak root system, the Mulberry tree is radically different. The reason to avoid planting this in your backyard, however, is because it is known to produce impressive amounts of pollen. In turn, this attracts numerous insects… and silkworms in particular.

Chinese Tallow ranks as one of the most invasive species of trees you can plant in your backyard. Given the fact it can reach up to 30 feet in width and 40 feet in height… think about how massive the roots of this tree will grow, in a couple of decades!

It is known to offer great shade but, at the same time, it kills any other plant or shrub that tries to thrive around it.

The Eucalyptus tree is known to be one of the fastest growing plants in the world. Besides this, it does require lots of maintenance!

This tree can turn out to be very “thirsty” for nutrients – so thirsty that it can end up weighing tons! Imagine having to care for that kind of tree in your backyard.

As beautiful and appealing as the Weeping Willow might be at first sight, its roots are ready to suck out all the water from the soil.

This is particularly dangerous if you plan to grow anything else aside from the willow, nearby.

Besides, you should know that the average height of the weeping willow typically ranges between 75 and as much as 100 feet.

Attracts aphids, secreted sap from the tree gets all over cars and driveway making for a sticky mess.

Although this tree grows to a reasonable height and it rarely exceeds 30 feet tall, it is rather weak and it does not cope very well with storms.

Think twice before planting it, especially if you live in an area where the climate is unpredictable.

They have lots of bugs and diseases that make them look ugly and their root systems are difficult to control and eradicate.

As sweet as it may sound, the sweetgum tree has ridiculously large surface roots.

The root system that can – and will – take their toll not only on your home’s foundation, but also on your lawn, pool, patio and any other structure nearby.

Besides, it produces some awkward fruits that are quite difficult to remove from the ground.

The Ginkgo Biloba tree has been used for thousands of years in the traditional Chinese medicine. It is known for its therapeutic properties – however, this does not mean that you should start planting it in your backyard.

As a matter of fact, these trees can grow to as much as 80 feet in height, and the problem is with the Ginkgo Biloba fruit. They tend to be very messy once they fall on the ground, driveway or patio.

Nonetheless, it must be mentioned that this only seems to happen with the female Ginkgo Biloba tree – the male tree is fine and can be grown in your backyard, if you wish to.

It crowds out other surrounding plants, stealing all their water and nutrients.

The Black Walnut is yet another tree that you should never plant in your backyard. Mainly because it produces dangerous toxins that kill any other vegetable, flower or landscaping plant nearby.

Besides, just like it happens with the female Ginkgo Biloba tree, the Black Walnut tree’s fruits are also very difficult to clean, once they hit the ground.

Each of these trees has at least one drawback that should prompt you to either alter your layout plans or remove them; you do not want, for example, a tree with a weak root system coming down on your home during the next big storm.

If you decide to keep them or even to plant them, understanding the risks is also important as you have to have a mitigation plan in place if their weaknesses become a liability.

To learn more about trees – the good and the bad – check out Best Plants.