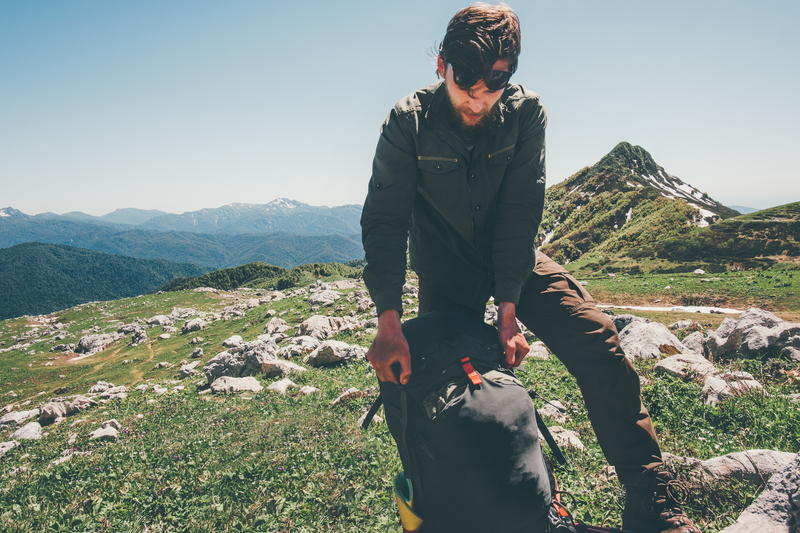 Getting lost in true wilderness can be as easy as going a few feet of the trail and losing your bearings.

Putting yourself in a situation where you could starve to death can be as easy as assuming your hike or trip is just for a day – so why bother going in prepared.

A teen who had been missing for 11 days, after he was separated from his stepfather during a hike, walked out of a dense Tennessee forest in good condition on Tuesday.
Austin Bohanan, 18, described how he was lost and survived after he was stranded alone in the expansive Great Smoky Mountains National Park.

“I was with my stepdad and we were hiking up in the mountains and following a trail most of the time,” he said. “He was in the middle of the creek and said he'd lost his glasses.”

The teen helped with the search, he said, since his stepfather can't see well without the glasses.
“[I] was trying to search a little bit,” he said. “I guess he went on a little bit, trying to find his lenses and I didn't see him again after that.”

Though he tried signaling for his stepdad, calling around the area and looking for movement, he didn't find him.

The teen, who relatives said is an avid camper, according to the Associated Press, said he realized he needed to get to higher ground.

Bohanan did not have any food with him and said he didn't find any in his path during the 11 days.

“I did not eat anything,” he said. “I felt hungry the first couple of days and after that the hunger just kind of went away because I guess my brain figured it didn't need to send that signal.”

At the same time, more than 100 people were scouring the nearly 7,000 acre area of the park searching for him. Park rangers told ABC News they used ground crews, air ops, helicopters, canine units and boats in the search.

Bohanan said he could hear the helicopters, but they did not locate him. He also said he could not find a location with cell phone service to call for help.

Eventually, after he followed a creek at the base of the mountain, Bohanan said he spotted kayaks and a boat.

One note to this story: There are elements to it that do not add up and law enforcement is following up on the kid’s story and why exactly he and Dad were out in the woods to being with.

But regardless of any of that, his story illustrates how unforgiving even slightly penetrating a wild space can be – especially if you are not prepared!

To read up on this story, check out Yahoo!