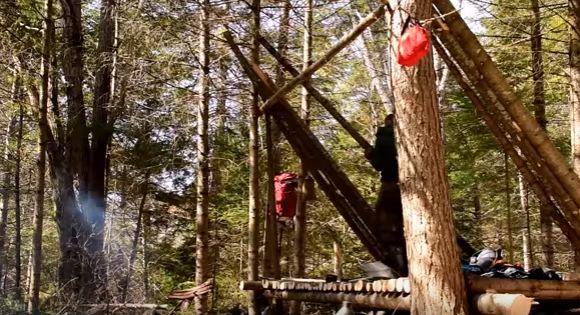 We have to be honest with you. When it comes to survival videos we love the ones where we see men and women, who have purchased their own wilderness land, building on it. There is just something immensely satisfying, knowing the land is theirs, and what they build on it is either their own little secret (re: underground homes) or a place to build a lean-to or pitch a tent on and camp-out every other weekend!

In early 2017 Joe Robinet and Shawn James took a trip to some newly acquired property in Central Ontario Canada to start on one of many upcoming projects. They decided to build a large Adirondack style “super shelter” and they were going to get the basics done during a two-night camp out on the property!

The video on the next page chronicles their project, how it came about, and why they decided to do it. They are simply a couple of friendly guys on a mission. Let’s go see how they do!