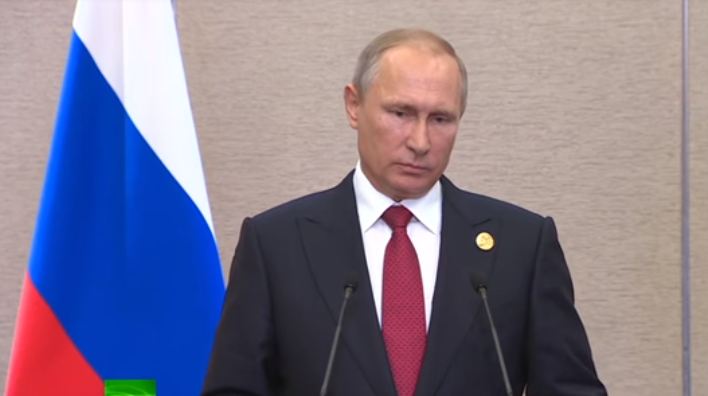 With little interest in talking to or working anything out with the Western world, Kim Jong-un has shown us that he cannot and will not be frightened into submission, even with the threat of using military force. He also will not be convinced into agreeing with sanctions.

It's not really a surprise that a narcissistic dictator who wants nothing but nuclear war with the United States and our allies is not willing to agree to sanctions or anything else if he were to launch a nuclear attack on Japan, South Korea, or the United States.

That's why we're more inclined to believe that President Trump's threat to bring “fire and fury the likes as not been seen on earth” is a lot more effective than any sanctions that have been come up with. Just think about it. Pyongyang was talking about how they were going to attack Guam and it almost got to that point until the dictator checked out the facilities. Then our president made his “fire and fury” comments.

Vladimir Putin has had a long talk with his Chinese counterpart as well as Pyongyang too. So he had a press conference to announce that no one in North Korea will agree to the sanctions and they won't be cowered into submission by any military force. Just like we thought!

Check out the next page on what Putin, the Russian president had to say about the upcoming conflict. We need to get prepared because he believes that planetary catastrophe is looming for the United States if we can't come up with a solution.