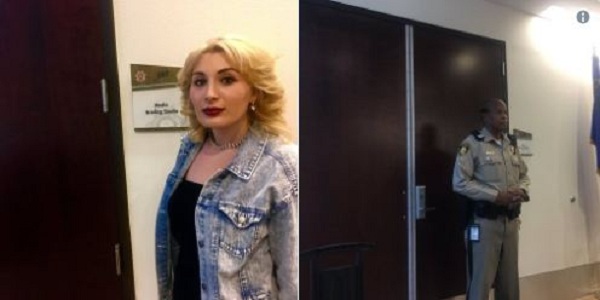 Even though the Las Vegas shooting happened nearly a month ago, the fact still remains that there are several unanswered questions in regards to the tragic and very strange events that unfolded. From witnesses accounting different facts about the events that took place apposed to what the media has been telling, there are many so-called facts that just don't line up.

One of the latest mysterious events that have added to the ever changing stories regarding Las Vegas involves a few independent reporters who were denied access into a press conference. The two conservative reporters have since broken stories about what happened and why they think they were denied entrance by the police.

Whereas in the past every type of reporter was allowed to participate in the conference, now all of a sudden select reporters seem to be targets.

Head to the next page to unravel what really happened. The events that unfolded will hopefully shed some light as to why a few reporters were not allowed inside this recent press conference.